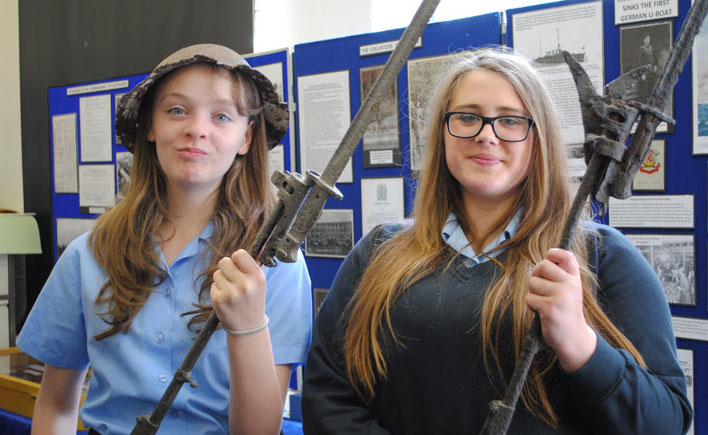 Pupils at a local school have taken part in a series of events to mark the centenary of World War One.

Pupils were treated to an in-house exhibition provided by Dave Vaux, an archivist for the Royal Warwickshire Regiment whose collection will soon be displayed at Birmingham Museum and Art Gallery, forming part of the ‘Soldiers’

Mr Vaux shared the story of how he became interested in WW1 memorabilia: “My Grandmother found her brothers medals when she moved from Gosta Green in 1959. He had been killed on 25th September 1915. She gave them to my Uncle and at the time we were collecting stamps and coins together, this became another joint interest.”

Pupils also heard from Reg Wyncol, a local veteran who spoke in morning assembly of his experiences in the Great War. Lilly-Rae, a Year 7 student said one story in particular stood out to her: “His brother was the first person to jump from a plane with a parachute! Luckily he survived, I don’t think I would have been brave enough to try!”

Year 10 pupil Lottie commented: “A lot of what we know about WW1 is written down, rather than told to us, so it becomes like fiction. Hearing someone speak about it made it real.”

Cross Curricular days are organised by the school to take pupils off timetable for a day and allow them to enjoy intensive projects.

Following the theme of WW1, activities included an in-depth look at the use of Gas in WW1, Gas Masks and the ethics of using Gas in modern warfare in Science, WW1 Infographics in Mathematics, a look at War correspondence in Media Studies, the history of Football, the role of women and the impact of WW1 in PE and a huge temporary installation of handmade poppies spelling out ‘Remember’ in Art alongside many more in every subject area.

Organiser and Deputy Headteacher, Nicola Raggett, said: “I was really impressed with the girls engagement with the past today, I think researching their own families to pay tribute with the handmade poppies was especially helpful in bringing the Great War to life.” 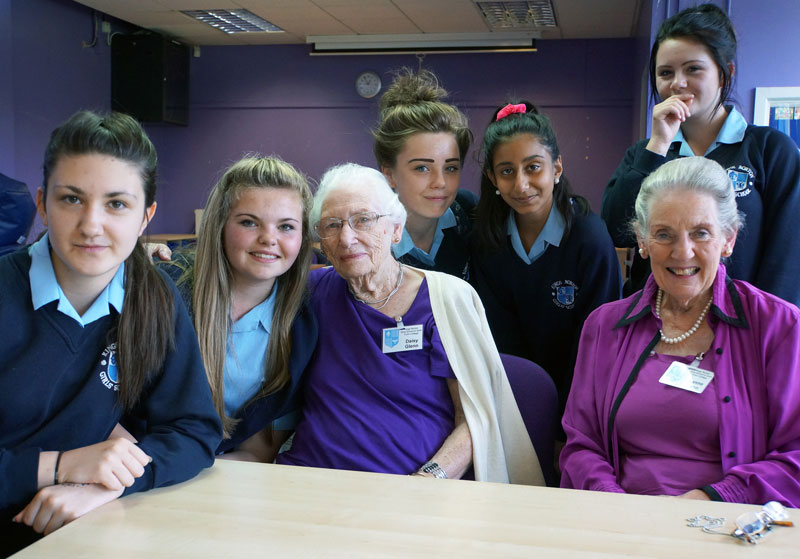